Dr. Yadira Caraveo is the Democratic nominee for Congress in Colorado's New District 8.

Dr. Yadira Caraveo is a pediatrician who is the Democratic candidate for the US House of  Representatives from Colorado congressional district 8. She is currently serving in the Colorado state legislature. This is a new redistricted seat. Her opponent is State Sen. Barbara Kirkmeyer, a Republican. The race is rated a toss up. Nurses For America August "Meet and Greet Candidates" will include Dr. Caraveo. Support her @YadiraCaraveo or www.caraveoforcongress.com/about or send a letter to the editor:https://www.denverpost.com/submit-letter/   https://www.caraveoforcongress.com/

Meet and Greet Special Guests
Democratic midterm candidates
a nurse, and a lawyer with an MPH

July 28   Nurses for America Meeting
8PM ET
and invite your contacts to join us. 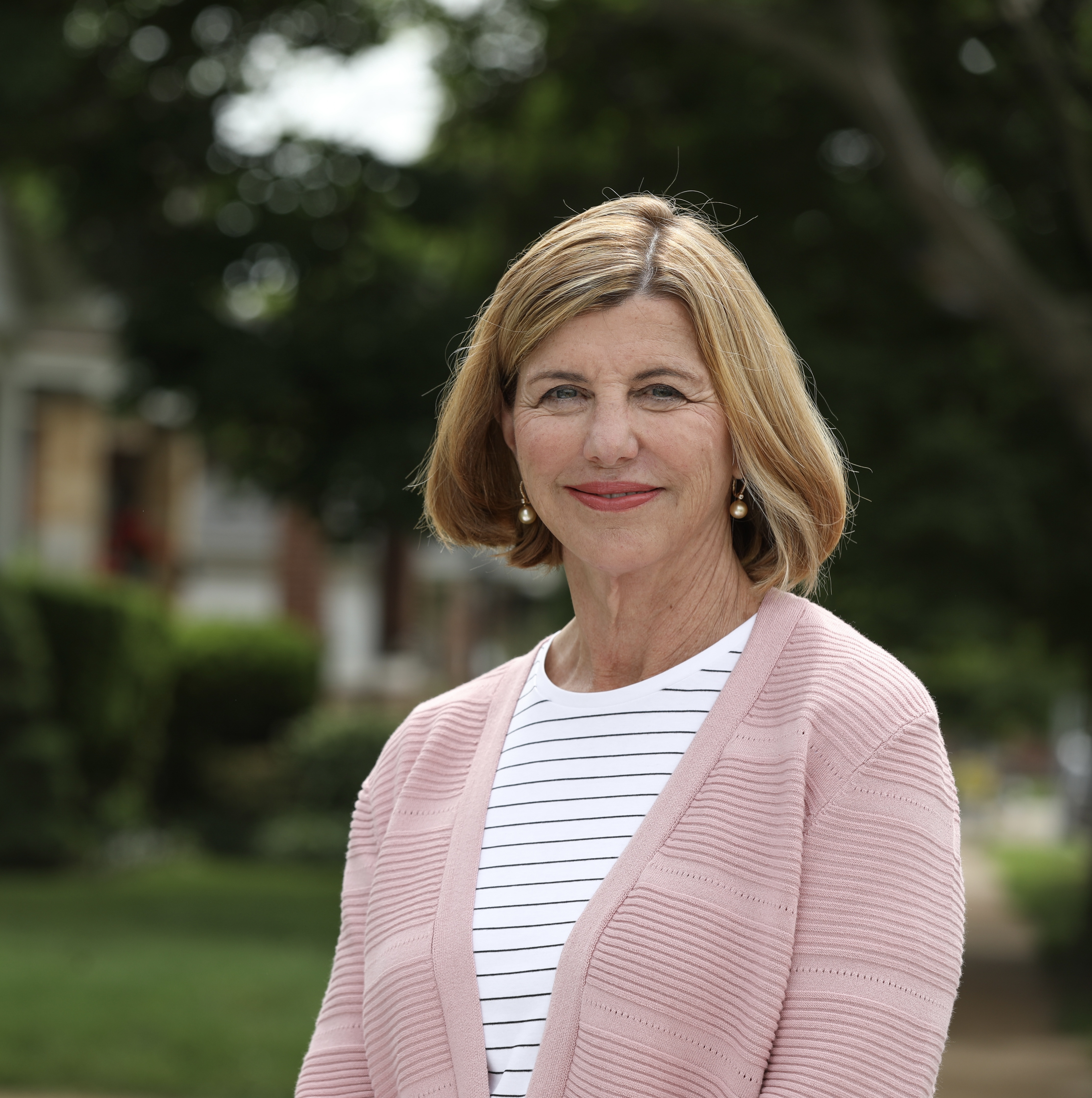 Trudy Busch Valentine is running for the U.S. Senate seat in Missouri being vacated by retiring Senator Roy Blunt (R). The primary is August 2. Trudy is a fourth-generation Missourian, mother, grandmother, Registered Nurse, and advocate for children’s causes. Trudy serves on a nursing board and multiple charitable organizations that focus on children’s issues. Now Trudy is running to stand up for all the families who are just barely getting by, and put Missourians first.  https://www.trudybuschvalentine.com/ 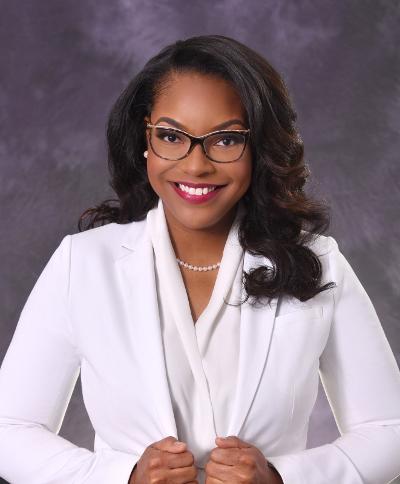 Emilia Sykes is the Democratic nominee for Congress in Ohio's newly re-drawn 13th District. Emilia graduated from Kent State University and went on to the University of Florida, where she earned both a Juris Doctor with a certificate in family law and a Master of Public Health. In 2014, Sykes was elected to represent Ohio’s 34th state District in the Ohio House of Representatives, making history as Ohio’s first Black woman lawmaker under 30. In 2019, she was elected Minority Leader. As state representative, Ms. Sykes he has fought for tax cuts for middle-class and working families, funding for high-speed internet, and higher wages and safer conditions for Ohio’s workers. https://www.emiliasykesforcongress.com


Join us
Nurses for America is a group of nurses (formerly Nurses for Biden/Harris) advocating to support nurses, democracy, Biden/Harris policies, voter rights, health equity, reproductive rights, gun control, and candidates who support these policies in the 2022 midterms. We are working day and night to get out the vote and turn our country around towards a better future for you, your family, your community.  Almost every freedom we have now hangs in the balance of this upcoming midterm November election. To do so we need to work on electing candidates who will:

Copyright © 2022 Nurses for America, All rights reserved.
You are receiving this email because you opted in via our website.


Want to change how you receive these emails?
You can update your preferences or unsubscribe from this list.

Nan grew up in a small town in Indiana and moved to Ohio to attend the University of Dayton, becoming the first person in her family to graduate college. She learned the values of hard work, strength, and resilience from her dad, a union autoworker who lost his job but never lost his dignity, and her mom, who went to work at a laundromat to help make ends meet. She was first elected mayor in 2013 and has faced down some of the toughest challenges, including a KKK rally, a series of devastating tornadoes, and a senseless mass shooting that left 9 people dead. Each time, Nan stepped up and led her city through its hardest moments.

Under Nan’s watch, Dayton has turned a corner. The city has seen hundreds of millions of dollars in new investment. Nan led the fight to make Dayton the first mayor city in Ohio to offer paid family leave for all municipal employees and to make high quality preschool available to every 3 and 4 year old. She has become a national leader among mayors, being selected as the President of the United State Conference of Mayors.

Nan is running for Governor because she knows our state is fundamentally broken and Ohioans deserve better. The same special interests and corrupt politicians have been in charge for 30 years as our state has fallen further behind. The only answer is a total overhaul.

June 30 - Power of the Postcard Event

Thirty-eight health care professionals participated with Representative Tim Ryan in a virtual fund raiser on June 23. Over $5000 was raised for Representative Ryan for his campaign to be elected the Ohio Senate seat being vacated by Senator Rob Portman.

Nurses for America supports Representative Ryan because his values are consistent with our values. The Ohio Senate race is an opportunity for the Democrats to gain another Senate seat to expand their majority. A Democratic Senate and House are essential to enact President Biden’s agenda. The majority party controls the agenda in the Senate and in the House.  If nurses want to see legislation to promote patient safety, enhanced protection for workers, and assure access to health care (including reproductive health) we must elect legislators who are committed to the values we espouse.

Representative Ryan is giving up his seat in the House of Representatives where he has been a friend to nursing to run for US Senate to serve Ohio and the nation. We need him in the US Senate. We DO NOT want the trump endorsed, ultra conservative candidate JD Vance.

Ryan’s race is important to other toss up races in Ohio because if we get the vote out for Ryan at the top of the ticket it will help incumbent Marcy Kaptur marcykaptur.com

whose district has been redrawn as well as Emily Sykes OH-13 emiliasykesforcongress.com

“Although you may not be able to vote for Ryan  he will vote for nursing, health care, and those in our care”

It’s not too late to contribute to his campaign as a nurse . Donate here

Thank you for such a great fundraiser! Our  Nurses for Underwood event with Congresswoman Underwood. raised $18,070 from 178 unique donors and you can still Donate ANY AMOUNT now to Nurses for Underwood RN! help us reach $25,000.   To participate, please donate on our nurse’s fundraising page.  https://secure.actblue.com/donate/nursesforunderwood2022

Lauren graduated from the University of Michigan School of Nursing and obtained her Master of Science in Nursing and Master of Public Health from Johns Hopkins University.

In Congress, Lauren co-founded the Black Maternal Health Caucus, which strives to improve maternal health outcomes and eliminate disparities for birthing people across the country. She currently has the Black Maternal Health Momnibus Act of 2021 before the House and it is included in the 2022 Build Back Better Act. She accomplished much in her first three years in Congress.

In 2021, Lauren had four pieces of legislation enacted into law including the Health Care Affordability Act. In 2020, she passed the Veterans’ Care Quality Transparency Act to ensure veterans have access to mental health and suicide prevention services. Lauren knows how hard nurses have been working and how stretched nursing schools are now. She voted for the Build Back Better Act which includes historic funding ($500M) for nursing education and research.

Lauren won her 2020 election by a narrow margin and needs our support. She already has five Republican opponents, who hold values that are dangerous to our community. You may not be able to vote for her but she will vote for nursing!

To participate, please donate on our nurse’s fundraising page.  https://secure.actblue.com/donate/nursesforunderwood2022

APRIL 28 MEET the candidates Max Rose and Matt Kilboy and

As part of our Meet the Midterm Candidates -  Max Rose who is running  to recapture his seat in the 11th Congressional District of NY. http://maxroseforcongress.com   and

Matt Kilboy RN a  Navy Veteran, nurse, and healthcare advocate  running to give you a voice in Congress. He is a candidate for  Ohio's 14th District  https://www.kilboy4ohio.com/  and

LEARN HOW we can get our patients registered to vote  Naomi Fener FNP from VOTE-ER will inform us on how to participate in VOT -ER a program that integrates voter registration into the health care delivery system. Vot-ER is founded on a core belief that empowered voices and full participation in the democratic process lead to positive health outcomes.  https://www.theguardian.com/us-news/2020/aug/08/doctors-medical-students-across-us-push-register-patients-vote Follow @Vot_ER_org

April 27 Power of the Postcard Party

Power of the Postcard Zoom Party

Nurses for America held its first Power of the Postcard Party for the 2022 midterms on April 27th.  We were a small but mighty group representing California, Ohio, Oregon, and New York.  The participating nurses chose to write postcards and letters that will be  mailed to ONE THOUSAND voters in Arizona, Georgia,  Ohio, and Pennsylvania!  As Margaret Mead said, "Never doubt that a small group of thoughtful,  committed, citizens can change the world."

Join us on Twitter during President Biden's address @nurses_america

How to Watch President Biden's First State of the Union Address

Maggie Hassan is the Democratic incumbEnt for senate in New Hampshire

Senator Maggie Hassan currently represents New Hampshire (NH) in the US Senate and is running for re-election. Born in Boston to a politically active family, Hassan is an attorney, a graduate of Brown University and Northeastern University School of Law. Maggie met her husband Thomas at Brown and together they have two adult children, Ben and Meg. As a mother, Maggie has experienced the challenge of the healthcare system while caring for Ben who has cerebral palsy.
For many years, Maggie worked as an attorney in Massachusetts, including as Associate General Counsel for Brigham and Women’s Hospital. She served as both as Senator and Governor of New Hampshire, being only one of two women in American History to hold both positions.
Maggie has always supported important rights – she had a significant role in legalizing same-sex marriage in NH and is a staunch supporter of women’s reproductive rights. She serves on major Congressional Committees such as: Senate Homeland Security and Governmental Affairs Committee, Senate Committee on Health, Education, Labor, and Pensions (HELP), Senate Finance Committee, Senate Committee on Veterans' Affairs and the Joint Economic Committee. She is an able and collaborative leader, willing to engage with colleagues of both parties to advance legislation that improves lives of all Americans.

David Pepper is an election law professor, novelist, former Cincinnati City Council member and former Chair of the Ohio Democratic Party. He is the author of several books and last year published Laboratories of Autocracy sub-tilted A Wake-Up Call from Behind Enemy Lines. He wants the Democratic Party to shift some of resources from national races and statewide races, to more local statehouse races.
Pepper believes it is a mistake to equate attacks on democracy solely on the former President. He says it started in 2008 when the Republican Party realized their party was facing a demographic demise resulting in a strategy of ramping up control of state legislatures in order to gerrymander congressional and local legislative races.